A MYTHIC GODDESS PORTRAIT OF POLITICS AND AESTHETICS UNIVERSE IN THE HIGH MIDDLE AGES: ELEANOR OF AQUITAINE

Eleanor of Aquitaine was one of the wealthiest and most powerful women in European High Middle Ages. There never has been another queen like her. Unlike many other women of the Middle Ages, she was very well educated. She was the first Queen went on Crusade to the Holy Land. She had an eventful life: Two marriage with ten children, Crusades, wars and rebellions, captivity and finally, a life of contemplation in an Abbey. She was an important figure in the culture of the High Middle Ages and she was instrumental in the defining and changing of values such as chivalry and love. She was the wife of two king and mother of Richard the Lionheart and King John.As a result, the purpose of this paper is to examine the role and effects of Eleanor of Aquitaine as a political, social and culturel figure of Europe during the High Middle Ages. 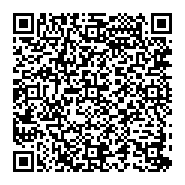