A MUSLIM THEOLOGIAN?S APPROACH TO THE DOCTRINE OF THE TRINITY: THE CASE OF QADI ?ABD AL-JABBAR

Since the birth of Islam, Muslims and Christians have been in close contact and they have lived together. This coexistence brought about awareness of each other from daily lives to religious beliefs. Accordingly, Qadi ‘Abd al-Jabbar, a Mu’tazili theologian who died in 1025, deemed it necessary to introduce and describe different Christian sects (Nestorians, Jacobites and Melkites) that were living together with Muslims during his life in doctrinal terms. He detected that they were common in adopting the doctrine of the Trinity whereas they interpreted it differently. He criticized this unanimous belief of these Christian sects, taking the Qur’an and reason as his bases. For him, the doctrine of the Trinity, which cannot be approved by the Qur’an due to the centrality of the unity of God in it, is also rationally incoherent, and thus a belief that contradicts the Qur’an and reason cannot be accepted. However, such a conclusion was not an obstacle for the coexistence of Muslims and Christians in the past, and should not be in the present. 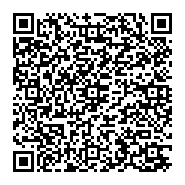