One of the important criterions revealing the level of development of a society is, its appreciation of science and scientific output. In Ottoman Period as well as literatüre and arts, generation and development in scientific area was supported too. Ottoman Palace sheltered distinguished men of letters, craftsman, and scientists taking the advantage of their knowledge and experiences and appointing them in accordance with their expertise. One of these important men in charge in Ottoman society are the chief physicians. The chief physicians had scientific studies as well as treating diseases. One of the people who carried out such kind of scientific works is Gevrekzade Haf?z Hasan Efendi who took on chief-doctor task at Ottoman Palace and who is known as the last representative of traditional Ottoman Medicine. About the metioned work of Gevrekzade who is a man of many parts, similar information have been repeated either in the books about medical history or in articles. When the original work has been read, it draws the attention that the information given is sometimes incomplete and sometimes wrong. In this study, giving information about the work which is important for medical history and about its content, it will be tried to be introduced. 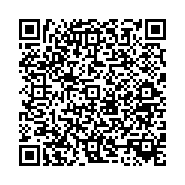