It is usual to see in ancient times that an eastern cult travels west or a western cult travels east, creating syncretic structures. This cult network are observed commonly in Rome especially in the beginning of the empire. Rather than a natural process of religious interaction, it was often conducted intentionally by politicians, serving for political propaganda. One of the cults formed resultantly is Iuppiter Heliopolites. This study analyses the aforementioned cult through the representation of Iuppiter Heliopolites seen on the reverse of a rare Dium coin located now in Nigde Museum. The depiction concludes the existence of the cult in Dium which it was born in Heliopolis and spread towards Rome. However, the iconographic features of Iuppiter Heliopolites are different in Dium compared to those in Heliopolis. Therefore, this study is concluded with the differences in general structure of the cult in Dium and their resulting alterations in the functions embodied by the god. 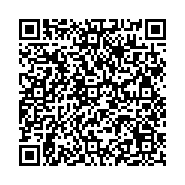