A DIFFERENT EXAMPLE TO VIEW OF WOMEN IN CLASSICAL TURKISH LITERATURE: KISSA-I ERVE

In classical Turkish literature, the dedections about concept of women can be classidief in two ways. The first, texts which negative statements were used against women; second, texts which glorifying women is based on some mythical, historical or religious stories of women. K?ssa-i Erve constituted the basis of this study explains the life of a woman by the name of Erve who had religious personality and lived during the Israelites time. The K?ssa-i Erve that was written by Oflu Bilal Efendi in 18th century is important because it shows cause of a women’s distress is as men. In this study, we will examine the K?ssa-i Erve is little-known in our literature and discuss the adventure of Erve 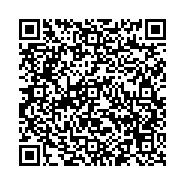