Israel has described its survival and way of fray on Palestinian territory in line with both the facts on the ground and its political goals as armed struggle. This struggle, in terms of quality, has not shown major changes until today since pre-nationalization, its military necessities, parameters and mode of reaction have been highly preserved. Main topic has always been that the Jewish society should accept the continuity of war status and determine what kind of sacrifices are made for the country. The state has always adopted a compulsory military service followed by a reserve duty in order to have a war ready nation. The effectiveness of military servive has been reinforced by Gadna programme that was placed before military service and that prepares 14-18 years old high school students for this process. This study deals with the process that contains both military training and religious-historical-ideological indocrination in line with Israel’s eager for creating a fighting nation. The examination started up with the pre-state period is brought to the present. Gadna programme is reviewed in context of foundation, fuctioning, content and application. The section of results and evaluation analyses the contribution and the effect of the programme to Israel’s goal of creating a fighting nation and the programmes’ potential application capability in this context. 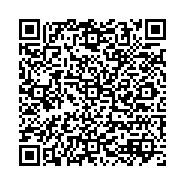