The Cyprus Question became ?nternational in 1955. This event caused an emotional sensibility of Turkish public. In this atmosphere the news concerning Atatürk’s house in Salonika was bombed published in the Ekspres Newspaper On 6 September 1955. As a result of this information violence actions were started in Turkey. Thereupon the demonstration of public feelings which has started on 6 September night went on by the morning of 7 th (seventh). But the demonstrations turned to sacking activities directed towards Greks in a short time. As a matter of fact many houses, shops, schools, churchs etc. were destroyed in these demonstrations. After the destruction there were happened many harms that measured 200 or 300 in millions Turkish Lira. This situation also was deteriorated the Turkish economy. So there happened a national terrific as a result of the public’s emotions to be highly aroused in a momentary. In spite of this terrific, Turkish public behaved with each other like an association to indemnify and compensate fort he harms. And she attempted to bind up wounds the tragic events to show the examples of national solidarity. 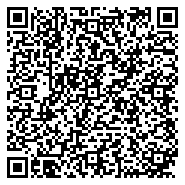